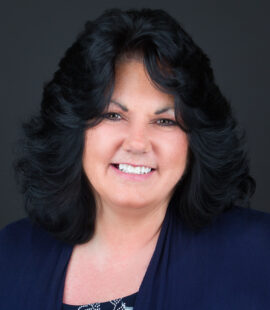 Cindy joined the JM team in April 2022 and has a degree in Architectural Technology, she has been designing Kitchens for over 25 years. She got her to start designing kitchens at Home Base then at Colorado Discount Cabinets in the Ken Caryl neighborhood in Littleton in 1996. She then went on to open two showrooms, the first one in Littleton and the second in Centennial which spanned 11 years.  One of Cindy’s great accomplishments includes a house in Evergreen called “Above the Clouds” which won the Barr award in 2000 for best interior design over 10,000 square feet. This house was featured in the special winter edition of Builder Architect Magazine.  Cindy also had multiple jobs in Castle Pines with a custom cabinet company out of Wisconsin, who used her designs in their company brochures and on their website as well. Cindy enjoys being a kitchen designer and she loves meeting new people from all walks of life and helping them turn their house into their home.

Cindy has lived in Colorado since she was 9 years old with her mother and sister. Cindy and her sister both went to Littleton High School and still live in Littleton just a couple of miles apart. She has two grown children Christopher and Autumn that were raised in the Littleton/Highlands Ranch area.

In her spare time, she enjoys painting and preserving memories, sewing, crocheting, and anything creative and craft related.